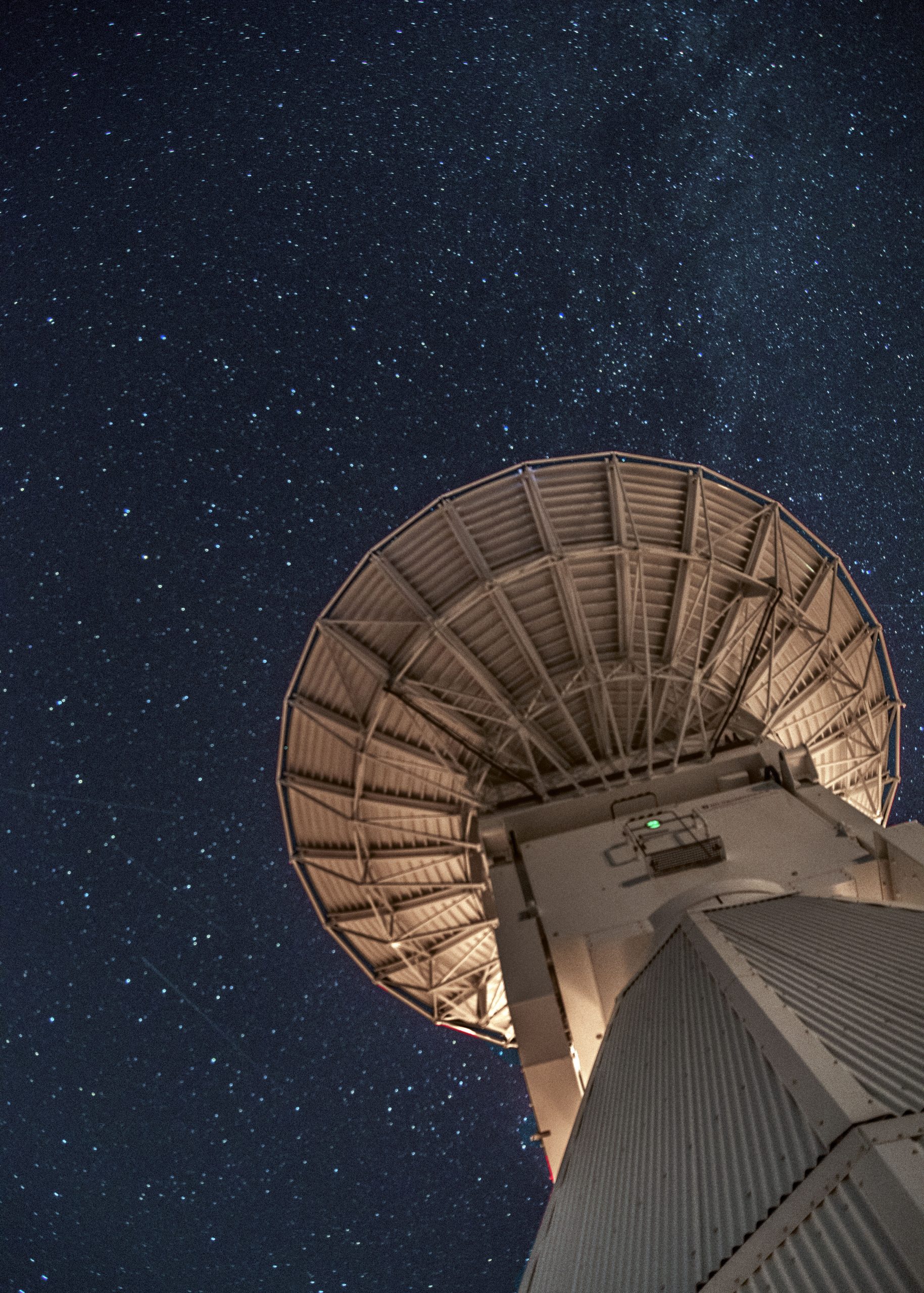 The Kartverket antennas are pointing at different points in space, trying to receive radio radiation from objects called “quasars”. Those quasars are very far away and very stable in their own movement (they do not move). That is why they are considered fixed points. During a measurement, several antennas around the globe are looking at the same quasar and each antenna has their own atomic clock, which can measure extremely precisely when a radiowave arrives at the antenna. Because the quasars are considered fixed points, the difference between the point of arrival of a radiowave in the different antennas says something about the distance between those antennas. And since the atomic clock is very very precise, also the distance can be calculated very carefully (up to 1 mm precision). This accurate distance between the different antennas on Earth is not just used for functions such as GPS and satellite technology, but because it is so precise also the movement of tectonic plates or other changes on the Earth’s surface (for example due to melting glaciers) can be measured. Cool shit 😎