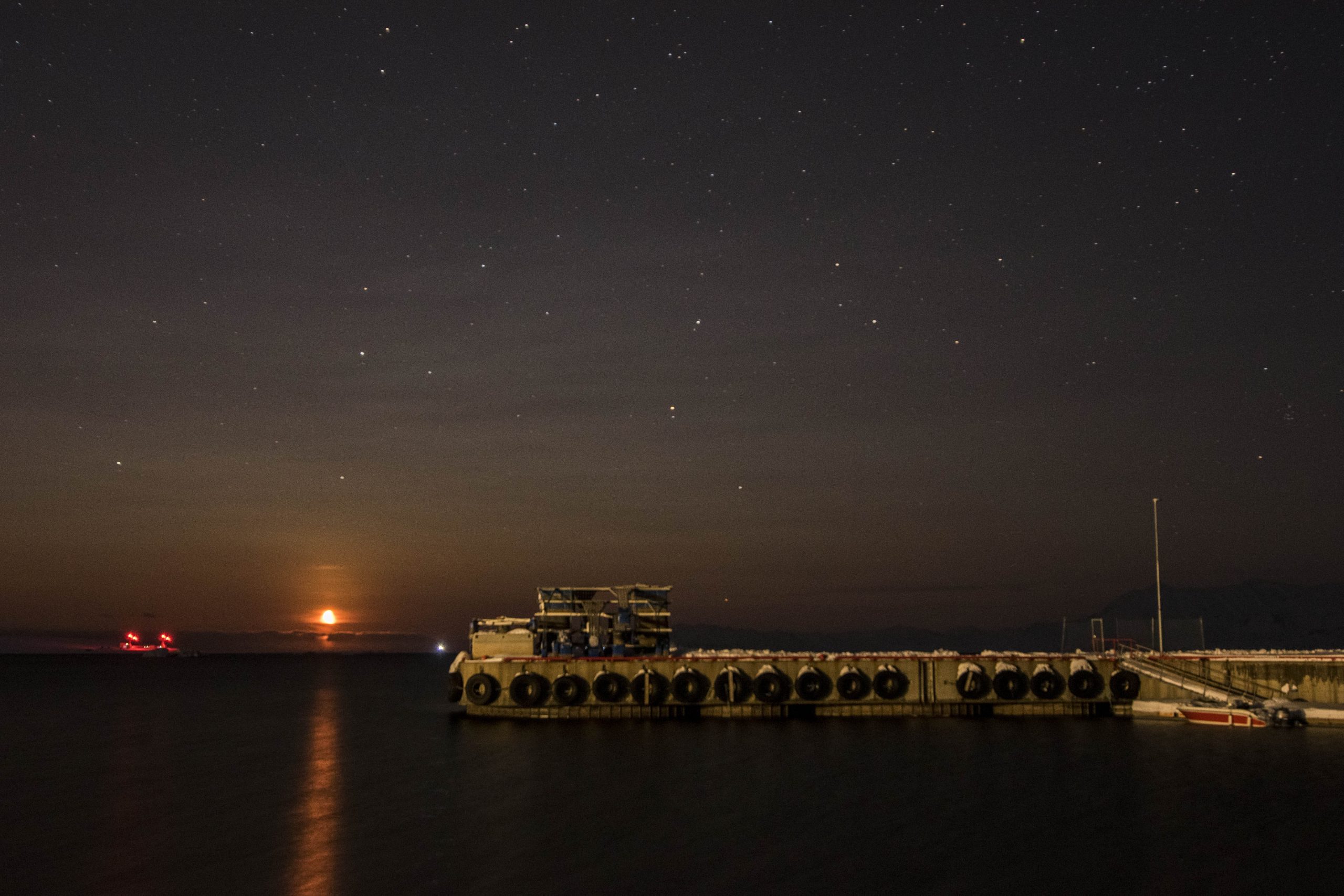 Last weekend, the moon set. It sank behind the horizon in its red glory and will be back in around 1,5 weeks from now. Since the moon is gone, we have been lucky with plenty of auroras. Full days long, auroras were visible. During daytime on Svalbard, auroras are often a bit less clear, but more colorful instead. The red/pink aurora light is then dominant. We are quite spoiled to get this red aurora here so often, since this is very rare on other places on Earth.

Formation of auroras
Auroras in general are formed by the interaction of charged particles from the sun (electrons and protons) with gases in the Earth’s atmosphere. Depending on with what gases those charged particles react, different colours are formed. The most common color is the green color, which is formed between 100 and 200 km height when the Sun’s particles hit upon molecular oxygen (the oxygen we are breathing in, O2) and molecular nitrogen (N2). The red color is formed above 200 km when the charged particles hit upon oxygen there. The difference is, that oxygen in that height is atomic oxygen (O, not O2) and that the density of those atoms is very low because the atmosphere is very thin there. Therefore the likeness an O atom gets “hit” by a proton or electron from the sun, is quite low and therefore is often simply not “enough” red light to be seen from the Earth’s surface. In many places, the red aurora is therefore only visible when there is a very high solar activity, thus many charged particles reaching the Earth. There are also purple auroras, which are formed below the green ones, around 80km altitude. In this height, molecular nitrogen is dominant (N2). Purple auroras form when there is a lot of activity and the solar particles are “pushed” all the way through the atmosphere. They are seen as a very fast moving light in the lower part of the green aurora.

Note that on the following pictures, the red auroras look purple. I guess they are still red auroras, since purple auroras are very very fast moving auroras at the lower boundary of the light and only happen if there is a very high activity. The “long lights” are seen of the picture were way slower. But I am not a specialist and might be wrong. I just got my information from this site and this video.