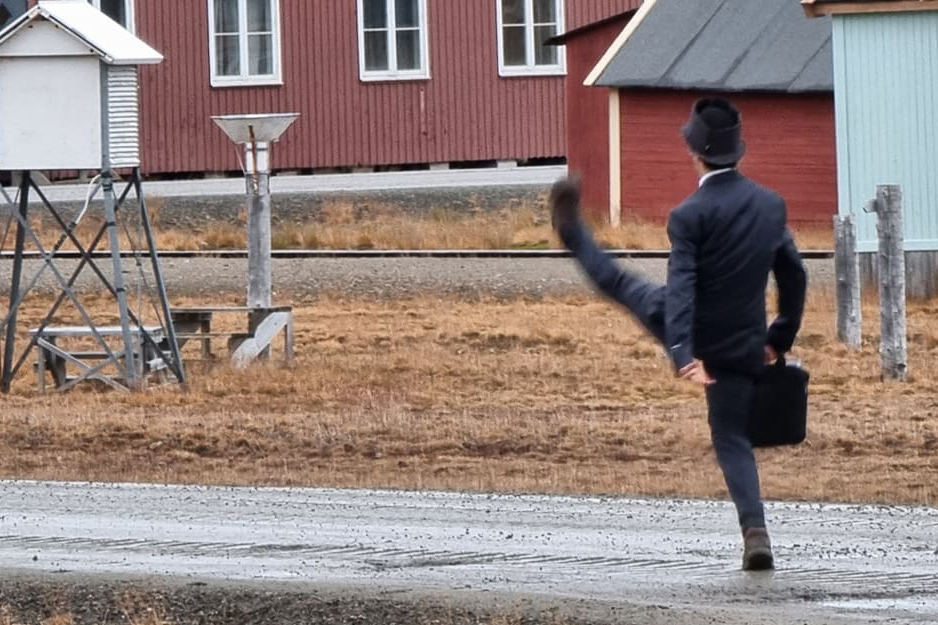 A week ago our most beloved boat arrived in Ny-Ålesund: the Norbjorn, ready to stuff us with some fresh veggies and fruits. It is a tradition that we eat tacos on the Friday after the boat arrived. Somehow eating tacos on a Friday is a Norwegian thing. One of the best parts of that dinner is the desert, the beloved Ny-Alesund Irish coffee. For coffeine sensitive people like me this means not so much coffee and instead more of all the other Irish coffee ingredients 😉

A few years ago, the Taco tradition even became more elaborated. The Taco3000 was introduced. It happens to be that one lap around town is kind off 1 kilometer and when participating in the Taco3000, one has to run three rounds around town. A fun activity where plenty of adrenaline and fanatism can be involved. The winner of the Taco3000 wins a very manly belt that has to be passed on to the next winner at the next Taco3000. However the chances of winning for people with lower testosterone levels are quite small. Therefore I decided to introduce another price: A pluche taco called Juan.

The person who “does” at least one lap around town in the most creative / funny way wins Juan. To set the tone, I decided to directly join the funny competition. For this, I needed a suit, a hat, some theater trics (“don’t laugh Fieke, keep your poker face”) and some good stretching. Johnnie Walker from Monty Python in “the ministry of silly walks” visited Ny-Alesund. One kilometer of silly walking and one week later, I still have a bit of muscle pain on some weird places. But it was worth the fun <3 Juan was won by Hildago (the dog of Christelle), because he was dressed up as Luigi (and Christelle as Mario) and did three laps in Mario Kart style, including throwing bananas. Quite epic too.

Here some pictures/videos/gifs or it didn’t happen.

And now just some more pictures of Juan in Ny-Alesund