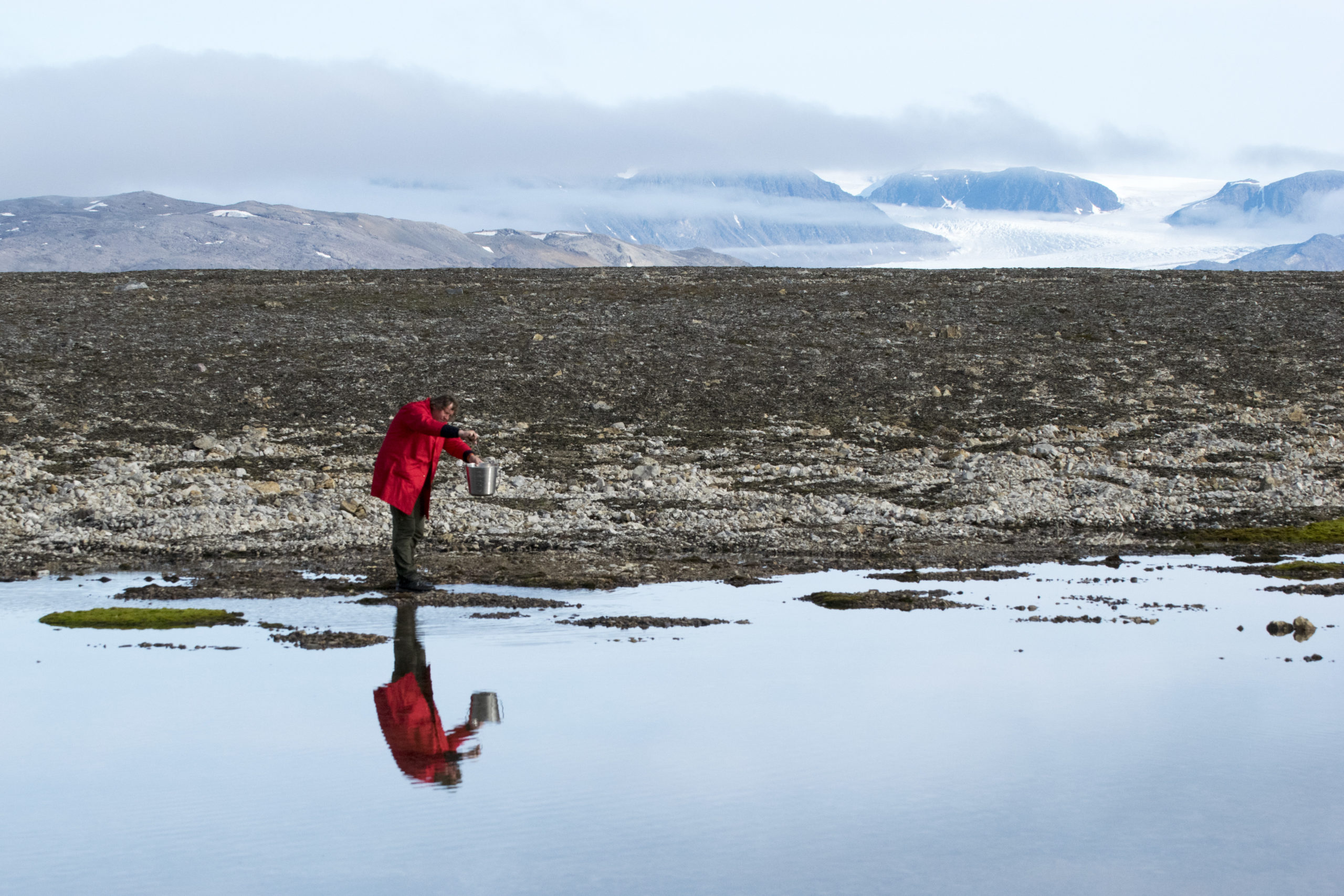 Two Homo sapiens in red suits walking in shallow freshwater lakes with a bucket and a flask, filtering hundreds of liters of water. That was the main activity of the sampling hike of Christophe and Annabel two weeks ago and I had the honour to join them. Hiking up a plateau next to town, we first landed in fossile paradise and we free to play for 15 minutes in this giant treasure box. After fossil paradise, we encountered several freshwater lakes that were to be sampled. Some just for microplastics, some for microplastics and zooplankton. Dressed in red suits (in order to easily spot fibers from the jackets), Christophe and Annabel faced the lakes, ready to filter 100 liters of water (collecting the plastics on the filter). Back in the laboratory in the Netherlands, Christophe will start looking in the samples, hunting for microplastics. It is for sure that there are microplastics inside, he found already some. It is thought that those plastics are just deposed from the air on the surface of the water. Microplastics are everywhere.

The sampling hike had some nice side effects. The walk was incredibly beautiful and apart from the previously mentioned fossile paradise, we saw stone circles (some fancy geological patterns, see https://en.wikipedia.org/wiki/Patterned_ground#Circles), we saw puffins flying above a sea of green moss and we just had an incredibly impressive view on the outer part of the Brøgger peninsula and the wide ocean. It was a big pleasure to join this hike!